Why EdrawMax to Draw Your Flowcharts?

1000+ templates: Fuel your creative design with our free flowchart templates and freely replace your content to create a brand new flowchart.

Standard symbols: Edraw free flowchart maker has a large number of built-in flowchart symbols you need to draw any type of process! 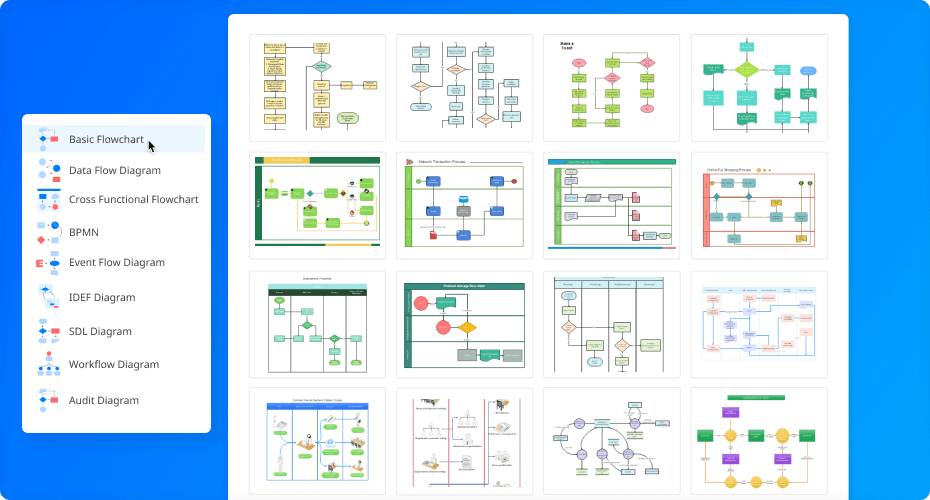 Create flowcharts without much help

One-click creation: Create the next symbol with a single click on the pop-up menu, or easily link separate symbols with smart connectors, which will reduce your efforts to half in making a flowchart.

One-click styling: Customize your flowchart in every aspect to fit your requirements. The auto-formatting feature makes it simple to style texts and lines, developed with non-designers in mind.

Focus mode: Your content is a matter of great importance! EdrawMax simplifies the design tools of making an excellent flowchart to give you an efficient workspace. 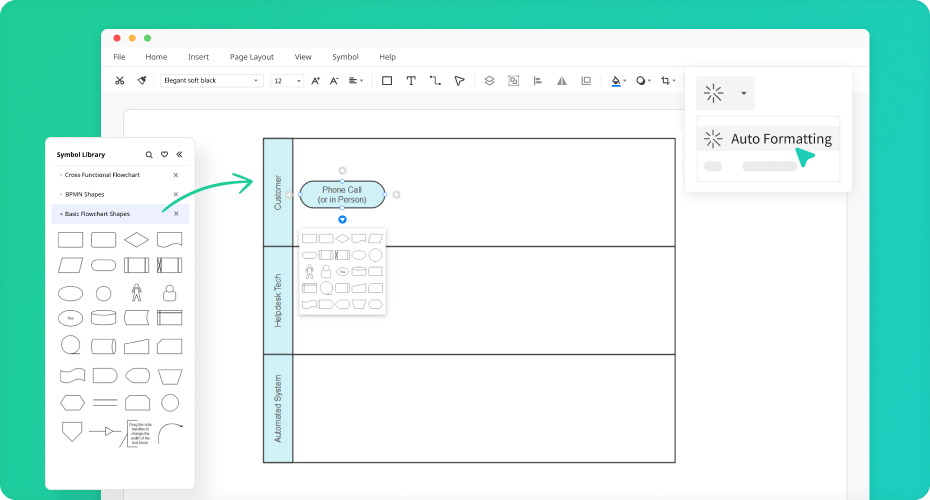 Powerful file compatibility: Export your flowchart easily in a number of file types, including PPTX, DOCX, XLSX, PDF, VSDX (Visio), PNG, JPG, and HTML. So, anyone who doesn't have EdrawMax can read or edit your flowcharts. 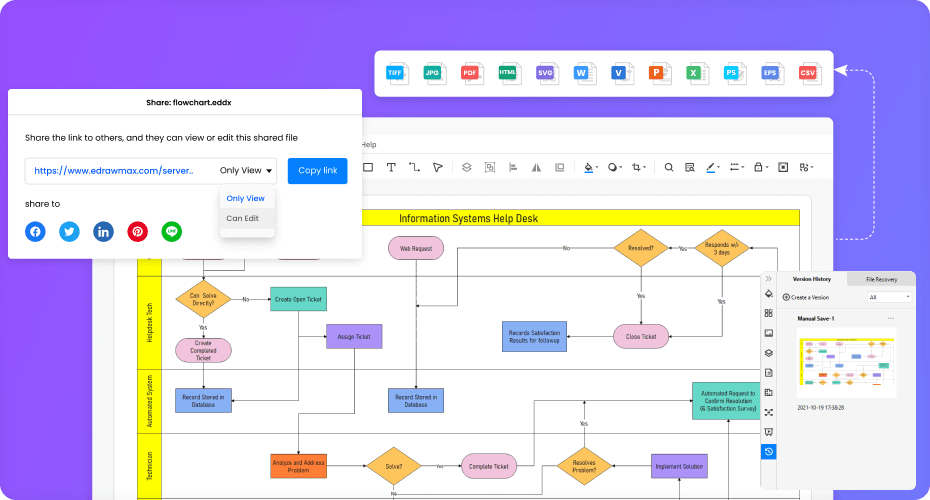 One-click presentation: Organize your flowcharts and diagrams in one file, and just click F5 to start the slide show right now. EdrawMax can also act as a great presentation tool!

In-built slide editor: Use our free slide editor to create jaw-dropping presentations that are easy to read. You have full control over the amount of information your audience needs to see and how they can see it. 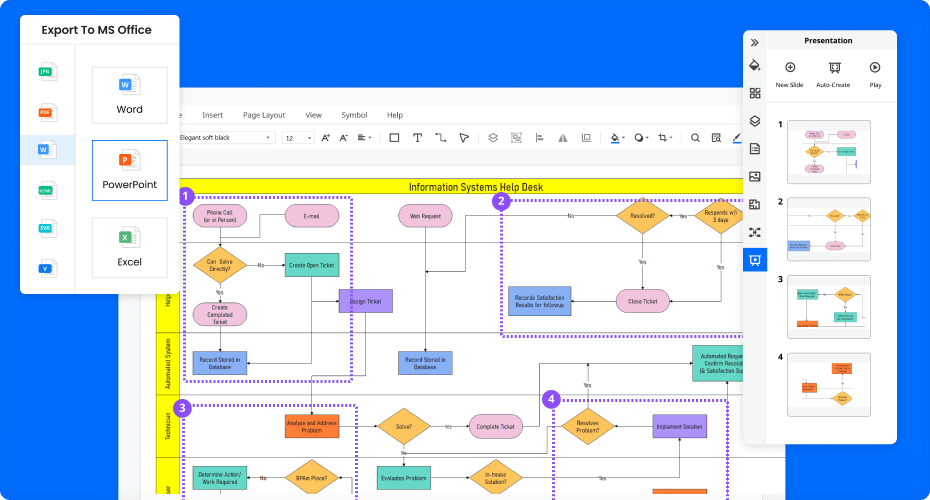 Being a Business Analyst, I mostly do technical diagrams like flowcharts and entity-relationship diagrams. I always Google for the best flowchart maker and came across EdrawMax last year through a LinkedIn post. I tried using the online version of it, and I was blown away by the features it offered. EdrawMax provides so many different diagrams and templates that half of my work gets completed when I choose a template. Using EdrawMax also taught me several ways where I understood which diagram is the best to use for the requirement in question.

My favorite feature of EdrawMax is its flexibility and the numerous flowchart template options for creating a successful business flowchart. As a sales executive, I create a product sales cycle and share it with my managers. With this flowchart maker, I create flowcharts depicting the use case scenarios and easily share this knowledge with my coworkers. When it comes to designing a flowchart, EdrawMax has now become my first choice. I highly recommend using this software!<

EdrawMax is suitable for any company or academics since one can easily create a flowchart or design plan. This flowchart maker provides the designer with several predefined templates that allow you to share, collaborate, present ideas, among others. You can sign up and start using the flowchart templates in a matter of minutes. The cost to use this flowchart maker is competitive with similar flowchart maker tools based online and offline. If you start using EdrawMax to create business flow charts, you will never use other tools as one single software provides everything you need to run a successful business.

How to Make a Flowchart? 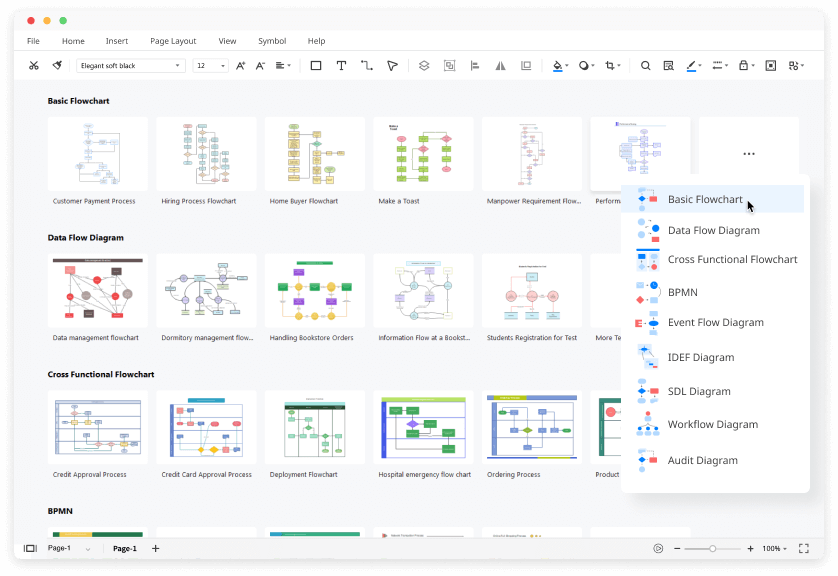 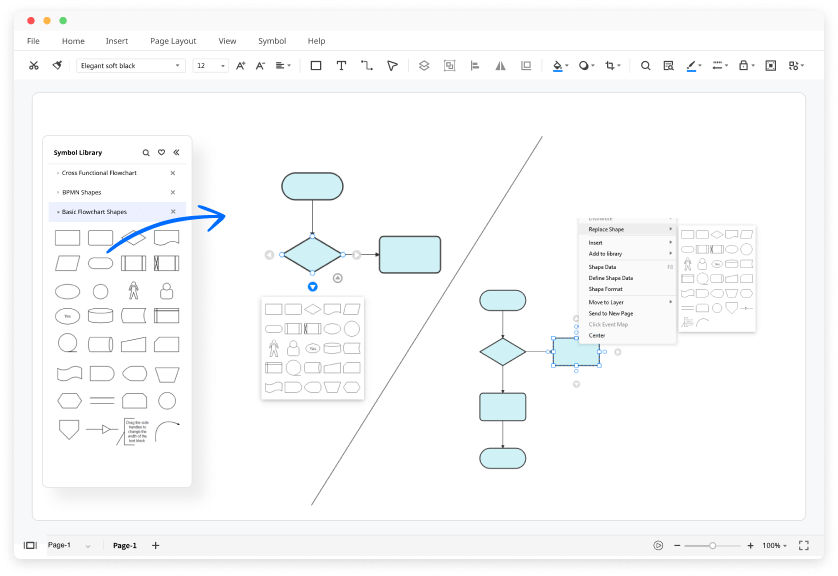 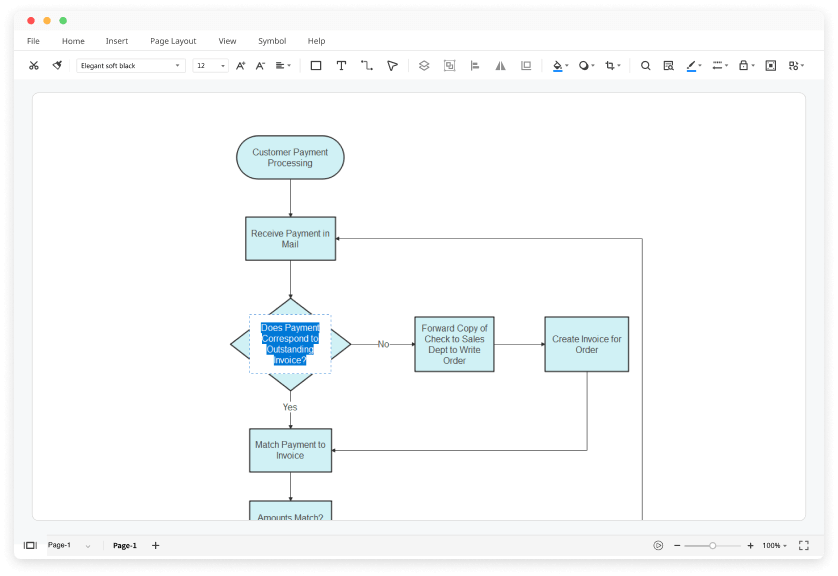 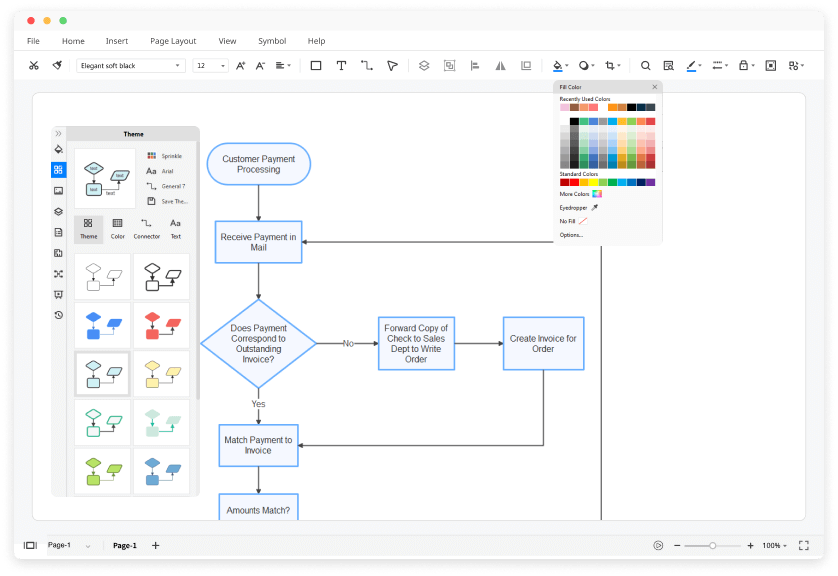 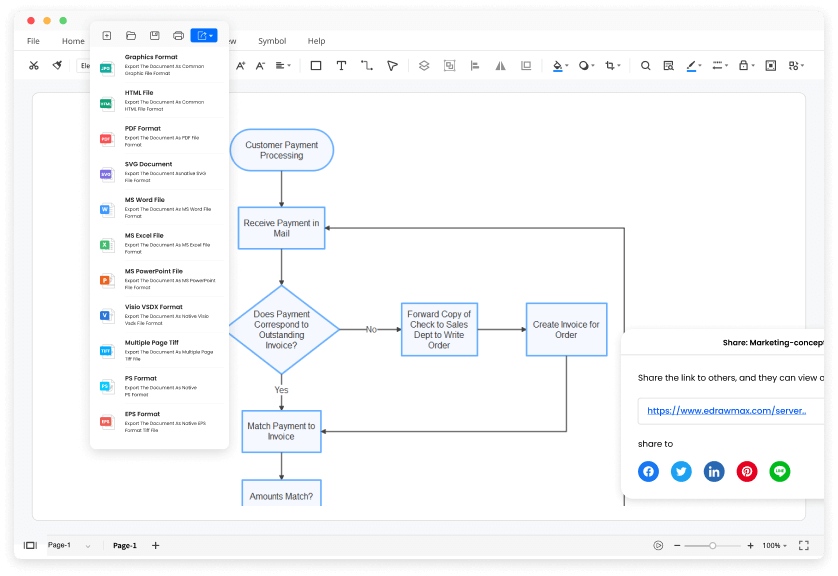 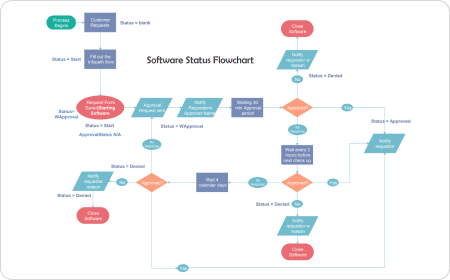 Flowchart Example
The flowchart example shows the diagrammatic representation of an algorithm, a step-by-step approach to solving a task. 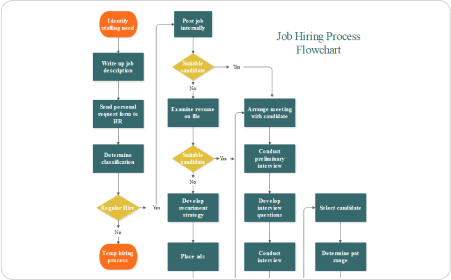 Process Flow Chart Example
A process flowchart illustrates the sequential steps of a process and the decisions needed to make the process work. 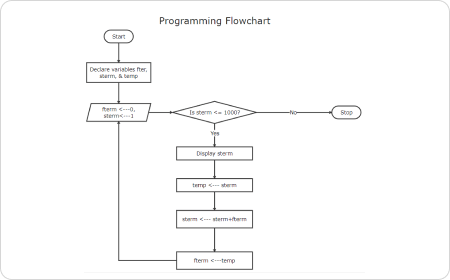 Flowchart Programming Example
A programming flowchart template is the most widely used graphical representation of an algorithm and procedural design workflows. 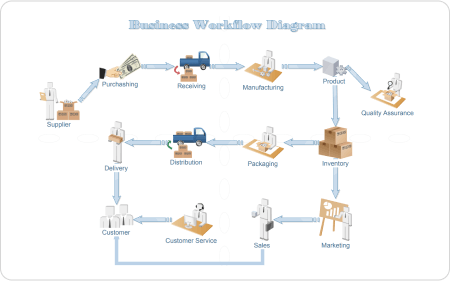 Workflow Diagram Example
A workflow flowchart is a basic visual layout of a business princess that represents the various tasks involved. 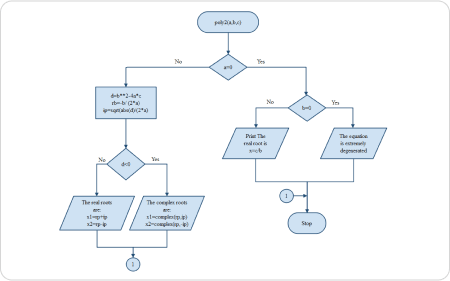 Algorithm Flowchart Example
An algorithm flowchart helps to clarify all the steps for solving the problem in a graphical way. 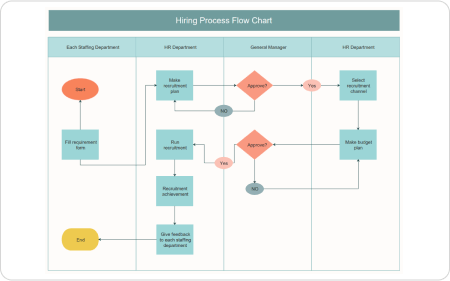 Swimlane Flowchart Example
The swimlane flowchart template is used to show which activities are performed by which organization or group of people.
More Templates

Can I customize my flowchart of Visio file format in EdrawMax?
Yes. You can import your Visio files (vsd / vsdx) to EdrawMax and customize every aspect of them according to your needs. EdrawMax is the best Visio alternative you can find in the market.

Is EdrawMax’s flowchart maker free?
YES! It is free to create different types of flowcharts in EdrawMax. There are free templates and symbols for making flowcharts. Just download it and try EdrawMax now. You will love it right now.